Hailed by Business Insider as “wall street’s comeback master,” Michael Milken has made his mark on the financial and medical communities of America.

These days Milken is most widely known for his philanthropic works, especially related to prostate cancer prevention and awareness.

Michael Milken was born in Encino, California, in 1946. An active youth with a humanitarian nature, Milken was on the basketball, and track teams and received an award from the Encino Junior Chamber of Commerce for “greatest service to the community.”

He graduated with honors from University of California, Berkeley in 1968. That same year he married his high school sweetheart, Lori. After graduating, Milken went on to receive his MBA from the prestigious Wharton School of the University of Pennsylvania.

Upon graduating from Wharton, Milken went to work for Drexel Burnham Lambert (at the time, Drexel Harriman Ripley). It was here that he made a name for himself as an astute financier, as well as making a name for the company by coming up with the innovative idea to sell junk bonds to investors.

At the time, America’s economy was on shaky ground and Milken believed that these bonds were a better investment; they had high return rates (for the bondholder) and could be obtained by borrowers with no other options. Milken’s hunch turned out to be very lucrative for him and Drexel; in 1976 he received a whopping $5 million bonus and earned over 100% on the capital from trading these bonds.

In 1977 Drexel began to underwrite these bonds, and by the early 80s were responsible for issuing 60% of the junk bonds sold in the United States. This turned out to be not only good for Milken and Drexel, but for entrepreneurs trying to get their businesses off the ground, as these bonds made it easier for them to get capital.

With junk bonds, investors were more eager to back a company and more likely to see a return on their investment. Milken and Drexel backed some of the brightest entrepreneurial minds, including media mogul Ted Turner and Leonard Riggio, founder of the retail chain Barnes and Noble.

In 1982 we got a glimpse of Milken’s devotion to philanthropy – particularly healthcare research – with the establishment of the Milken Family Foundation.

The Milken Family Foundation is designed to support public health care programs, improve public health awareness through education and innovative research, and to support this research in order to effectively treat and potentially find a cure for diseases. Perhaps its most noteworthy program is the Milken Educator Awards, established in 1985. This program is the largest teacher-recognition program in the United States, and is dedicated to honoring thousands of educators across the country.

The MFF is unique in its field because its policies and funding extends to cover all levels of medical research: the Foundation works with thousands of organizations across the globe and is dedicated to encouraging community involvement in programs designed to improve health, as well as to motivate and attract the best talent toward education in order to ensure productivity, progress, and creativity in research.

Because he was able to quickly generate funds through his connections and financial savvy, Milken and Drexel were able to buy out companies like Nabisco in what’s known as a leveraged buyout. This means that companies, like Nabisco, which Drexel bought out in 1989, were acquired using the junk bonds (which were borrowed money). The assets of the companies are then used as collateral against the loan.

Up until this point, Milken had experienced success with junk bonds and leveraged buyouts. However, the government began cracking down on the junk-bond process, and turned its eyes to Milken, who had made a substantial amount of money from these practices.

According to MikeMilken.com, he was indicted in 1989 and, a year later, plead guilty to six charges, paid a hefty fine (of $200 million) and went to prison for 22 months.

After his release from prison, Milken wasted no time jumping back into his philanthropic endeavors. In 1993, shortly after having served his prison sentence, Milken was diagnosed with prostate cancer. That same year, he started the Prostate Cancer Foundation, which remains the world’s leading philanthropic organization supporting, funding, and accelerating prostate cancer research.

As of 2013, the Prostate Cancer Foundation – under Milken’s leadership – has raised over $575 million to support groundbreaking research.

The PCF is responsible for discovering the links between diet and exercise and the development of prostate cancer, developing a urine test that detects prostate cancer in men with elevated protein specific antigens (PSAs), and has pioneered multiple targeted therapies.

The PCF has also partnered up with Major League Baseball to raise awareness about prostate cancer screenings as well as continued research in the field of prostate cancer treatments.

The Home Run Challenge, according to 22-year prostate cancer survivor Milken, takes place the week leading up to Father’s Day and is designed to “keep Dad in the game,” by raising money for every home run hit during MLB games scheduled for that week.

In almost two decades the Home Run Challenge has seen a lot of success; in 2012 the challenge raised over $1 million, dedicated to stressing the importance of early detection. Thanks to the wide reach of this challenge, the PCF has found that most prostate cancer screenings over the past twenty years occur within a month of Father’s Day.

Adding to his already impressive list of philanthropic accolades is the Milken Institute, a “non profit, non partisan think tank.” According to Milken Institute’s mission statement, it is their goal to advance global social and economic policy solutions, increase monetary access for businesses and communities, to create jobs, improve community health, and to improve lives across the globe.

The Milken Institute tackles a wide variety of issues, from studying the effects of an aging population to policy recommendations for the regulation of world-wide banking, but perhaps has shined the brightest in the field of medical research.

Under the umbrella of the Milken Institute is FasterCures, the goal of which is to foster collaborations between revolutionaries from all medical backgrounds to increase the efficiency and creativity with which research is conducted.

FasterCures also seeks to make medical and health-related research a national priority and to focus on solutions-based dialogues and ideas within the medical community. 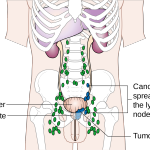 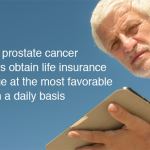