Will A Vasectomy Cause Prostate Cancer? Your diet, your weight, your family history, age, and race can all play an important role in how at-risk you are for developing prostate cancer. Surprisingly enough, your choice in contraception could also affect your risk for prostate cancer.

Recent studies show that men who have undergone vasectomies – a surgical contraceptive procedure – are more likely to develop prostate cancer than men who have not had vasectomies.

What Is A Vasectomy?

A vasectomy is a form of birth control. A vasectomy involves cutting and blocking the vas deferens, or the tubes that transport sperm from the testicles to the penis. IN this procedure, the testicles continue to produce sperm, but the sperm is then re-absorbed into the body, rather than entering semen. Vasectomies are widely considered one of the most reliable forms of birth control.

As with any surgery, there are risks involved when undergoing a vasectomy. Bleeding, infection, and inflammation are all possible side effects of vasectomies. There is also the risk that a vasectomy cannot be reversed and financial risks of having a vasectomy, as the procedure is expensive.
How Could A Vasectomy Cause Cancer?
The concerns about vasectomies causing prostate cancer were first raised after the publication of a 1993 Harvard study, which analyzed a group of over 10,000 men who had vasectomies and roughly 37,800 who had not undergone the procedure. This study found that men who had undergone vasectomies were 1.5 times more likely to develop prostate cancer.

According to CBS News, this study showed that the men with an increased risk for developing the disease had a 20% higher risk of advanced, aggressive and “lethal” prostate cancer – even if they were regularly screened using PSA tests. There was, however, no association found between low-grade cancers and vasectomies.

The reasons for this are unknown, but the New York Times cited that hormonal imbalances, changes in immunity and cell growth after surgery could all be factors in the development of prostate cancer. Changes in cell growth, in particular could be the reason for this slight increase. Cancer, according to the PCF, occurs when cells accumulate rapidly and cell death and growth can no longer be regulated by the body. It would make sense that any changes in cell growth would be a catalyst for cancer.

What Does This Mean?

This study means a few things. Namely, the slight increase of prostate cancer development in study participants is not enough to worry about the impact of vasectomies.

Lorelei A Mucci, author of the most recent Harvard Study, emphasizes this point, noting that, while there is a slight risk of developing advanced-stage prostate cancer after undergoing a vasectomy, there is no increase in overall risk. This means that just because you have a vasectomy does not mean you are more likely to develop prostate cancer. Indeed, the risk is so minimal that men should not use it as a deterrent for undergoing to surgery if they wish to have it done.

Chairman of urology at North Shore-LIJ Health System in New York, Dr. Louis Kavoussi, agrees, telling CBS that he “would be cautious about applying these findings to clinical practice right now.”

While the sheer numbers of the recent Harvard study are staggering and may cause fear, this study alone is not enough to condemn vasectomies as the harbingers of cancer. Indeed, the American Cancer Society notes on its webpage that “recent studies have found no risk” of vasectomies. Many doctors and epidemiologists who have found a small link between cancer and vasectomies are noting that the correlation could have been the result of “detection bias.”

As applied to the Harvard study: it is likely that the correlation between men with prostate cancer and men who had vasectomies occurred because men undergoing vasectomies has their urological health followed more closely than the other group. Because they are seeing their doctors more regularly, their potential for having cancer diagnosed is higher.

Remember that prostate cancer occurs in 1 in 7 men, so it would be natural that a group of that size with closely monitored health experience higher rates of prostate cancer incidences.

More research is currently being done on the subject of vasectomies and their correlation to prostate cancer. While the risk of prostate cancer should not be enough to make you reconsider a vasectomy, other factors such as cost, family planning, age, health, recovery time, and possible side effects should be taken into consideration when considering any major surgery. As with any medical decision, you should consult your physician and review all of your options.

I’m NOT a doctor, I’m just a life insurance agent that will work for you to secure the most affordable life insurance coverage baed on you and your history of prostate cancer. Let’s get started! 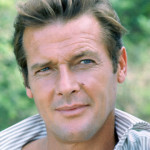